Some of the biggest and definitely the best bar crawls in the nation. 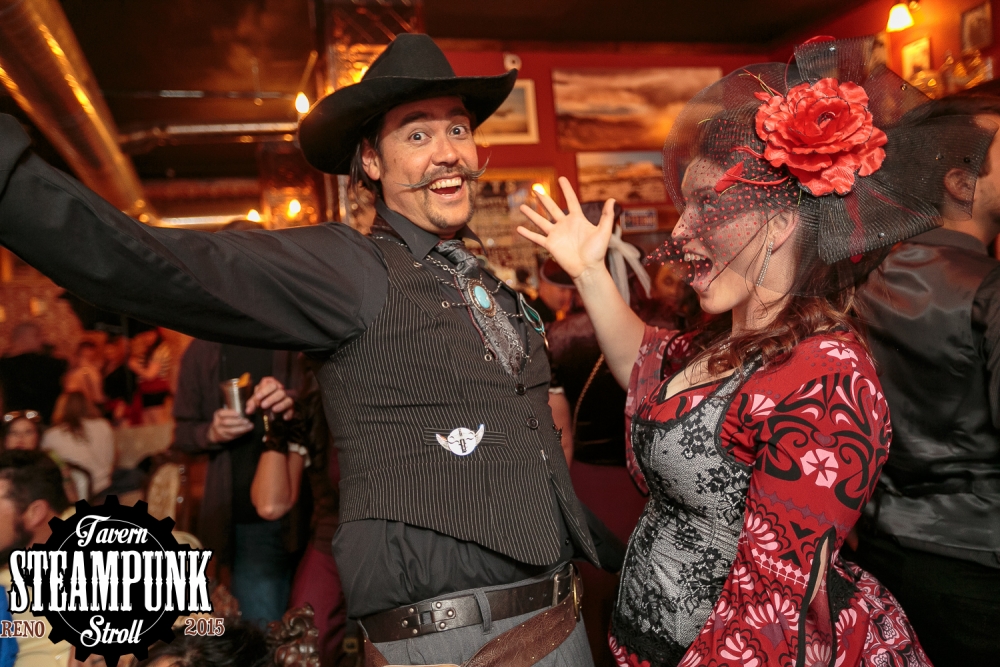 Steampunk is a unique and interesting sub-culture that allows you to crawl into the past and the future at the same time. Science-fiction, fantasy, and history genres all merge together in Steampunk fashion, arts, and the like!

Here at Crawl Reno, we took it upon ourselves to dig up a little research for everyone that doesn’t know a lot about Steampunk so that you will be ready to CRAWL.

Steampunk originally began as a sub-genre in literature. It’s exact year-to-date origin is VERY debated as it’s influences span throughout history. The term itself may have surfaced anywhere from the 1950’s to late 80’s, but the genre has been around since the 1800’s. COSTUMES are usually based on popular Victorian fashion with a mechanical twist. Crawlers will add leather, bolts, or gears to their outfits along with retro-futuristic technology. According to The Ministry of Peculiar Occurrences, the “punk” in “Steampunk” comes from going against convention that, through creativity and declaration of one’s individuality be it through style, gadgets, or attitude, sets one apart.

Another huge influence on the Steampunk was LITERATURE. 19th century writers, such as Jules Verne and H.G. Wells authored tales of steam-powered technology, steam creatures, and Victorian-age settings that fit in super well with how the sub-culture is seen today.

Steampunk has appeared in a lot of modern media and fashion. Films such as Mad Max, Sherlock Holmes, and Sweeney Todd all include Steampunk fashion and design. Additionally, Steampunk fashion is seen at events such as Burning Man or in burlesque.

Click here to read an article explaining the important historical events that led to Steampunk.